The Tour de Fleece 2018 has come to an end, and, wowsers, did I ever get a lot accomplished. I plied a couple of bobbins of singles that I had spun during the Stanley Cup playoffs, spun a whole bunch of Spunky Eclectic club selections from 2015 and 2016, and got all of the singles except the very last set plied. 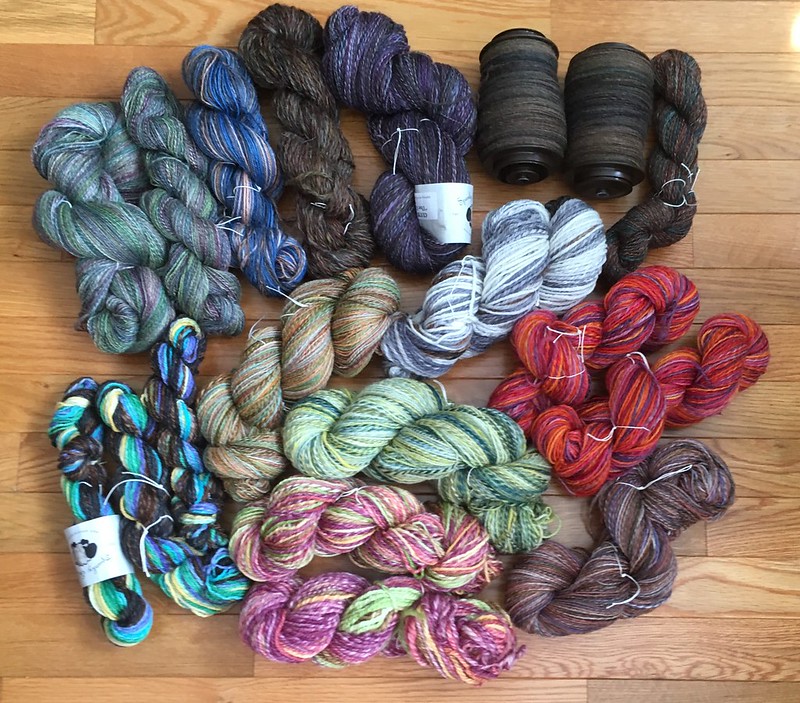 That’s a lot of spinning and plying, eh. The two bobbins in the upper right of the picture are the only singles that were spun but not plied during the TdF. 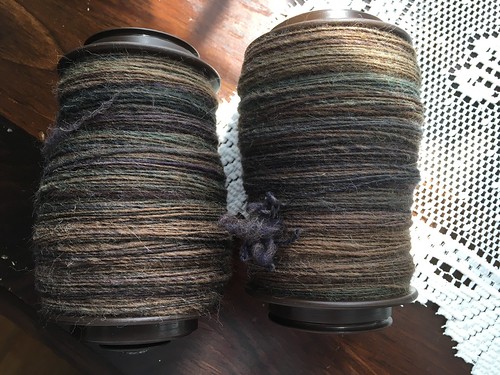 The bobbins on the top right in the picture above hold these singles, Spunky Eclectic Big Thaw on Manx Loaghton. I plan to ply the two bobbins together to make a 2-ply yarn.

And so ends another Tour de Fleece. I think it gets better each year. Team Schacht is the most supportive team I have come across in all my years doing the TdF and I hope to spin with them again next year.

Next up––setting the twist on these skeins and on a shit ton of other skeins from my Stanley Cup playoffs spinning, plying a couple of bobbins of Loop bumps that I spun on my Ashford Travvy, and finishing a pair of socks knit out of my handspun. And maybe some cat talk. Who knows?