So, today I am going to report on days 8, 9, 10, and 11 of the TdF which correspond to stages 8, 9, and 10 of the Tour de France. Day 10 was a rest day–no racing for the cyclists–so from here on out, the days and stages will have different numbers. 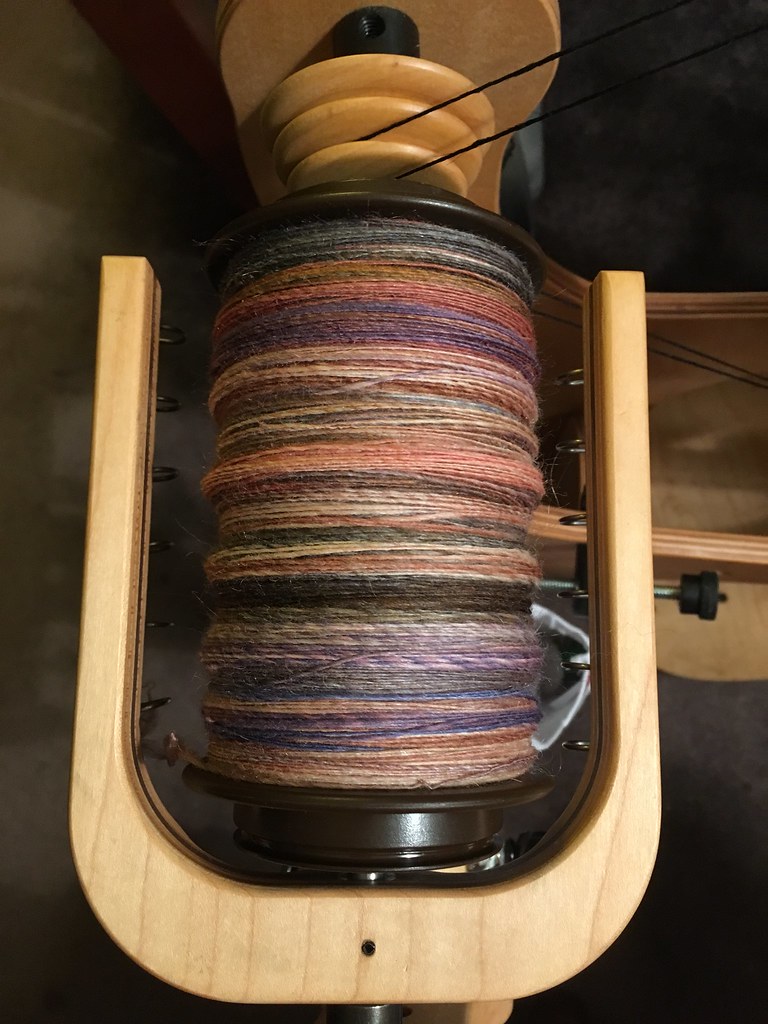 On Day 8/Stage 8, I finished spinning the Black Pillar singles. I still haven’t plied them. 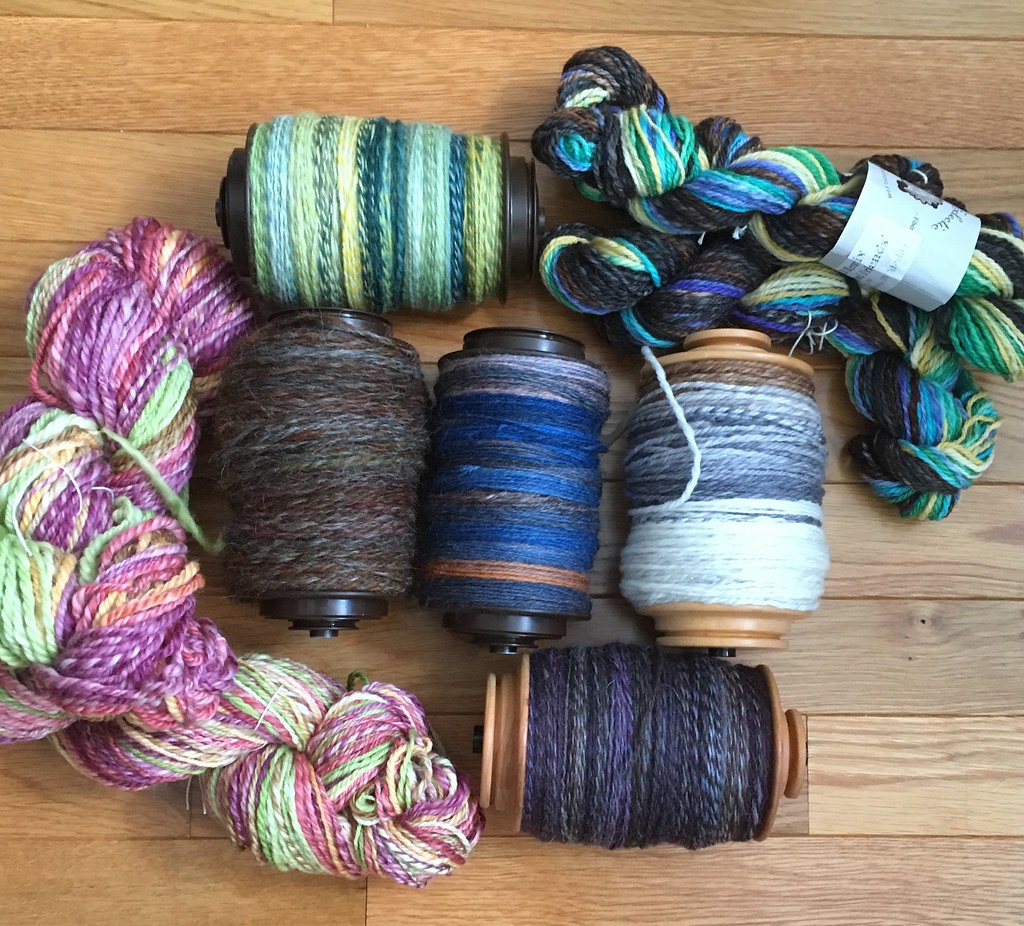 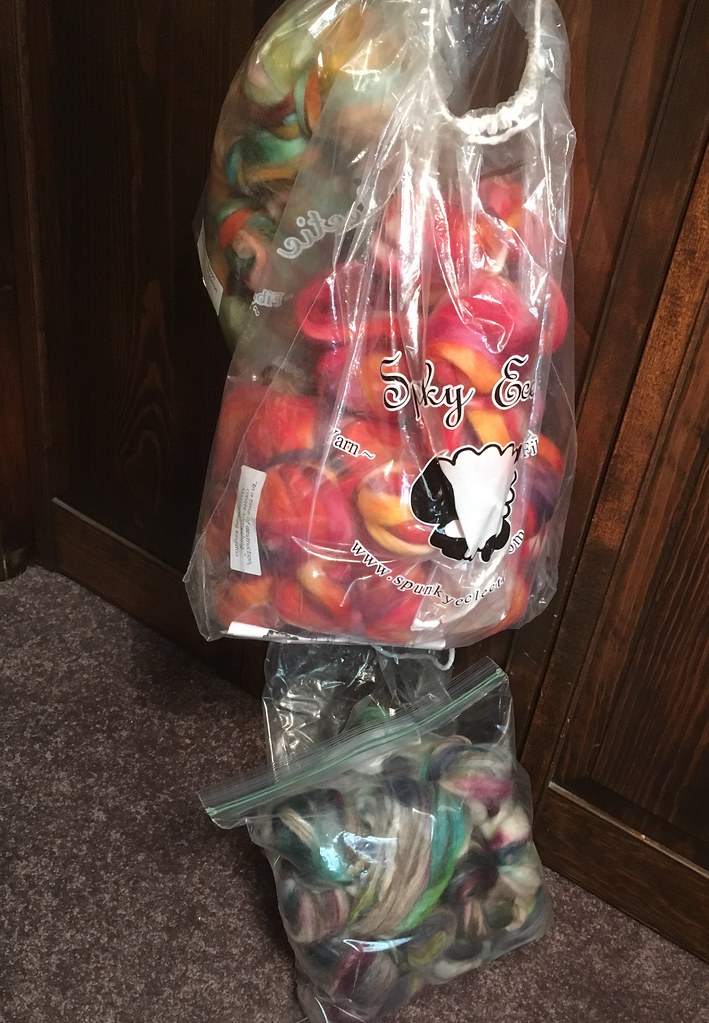 Monday, Day 10, was a rest day, and this year I actually took a break from spinning on the first rest day. But that doesn’t mean I was idle. I spent some time preparing fiber for spinning. 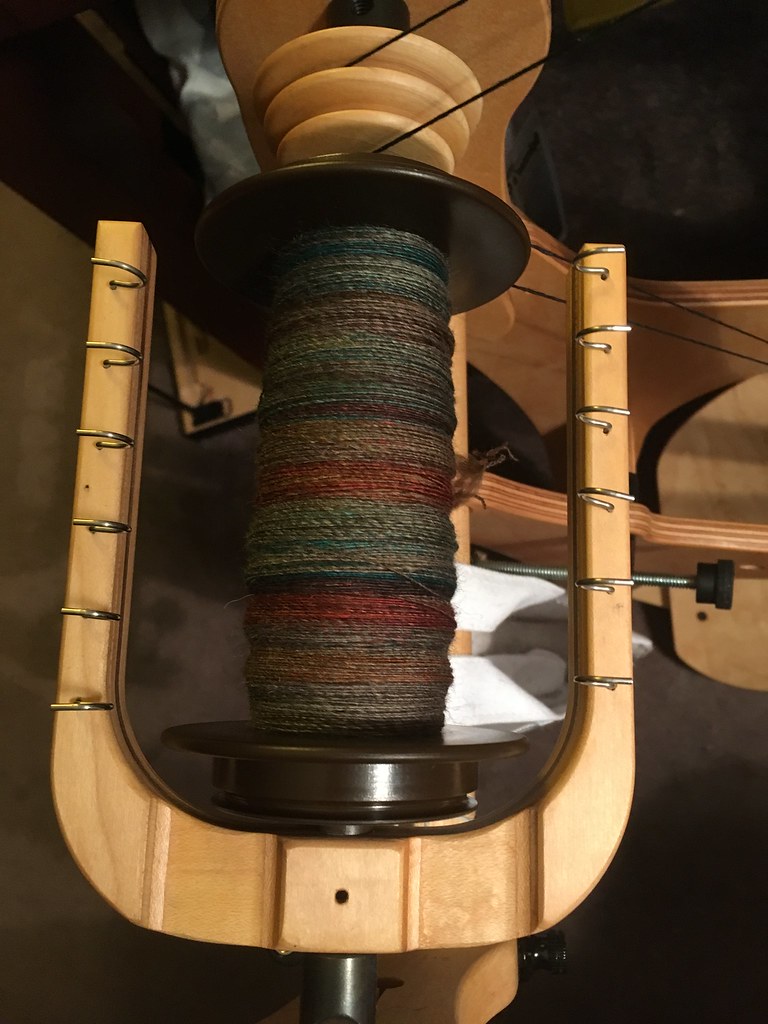 Yesterday, Day 11, Stage 10, was a challenge day, so I spun a new-to-me fiber blend, Merino/yak. Both fibers have a short staple and are very soft. I was expecting it to be a bit difficult to spin, but it actually was pretty easy. The color way is Game Birds from Spunky Eclectic, a CLUB Remix selection from 2015.

Today I will be spinning again. I am going to start on a 2016 Spunky Club selection and spin both bumps. That’s ~8 ounces of fiber, so I probably won’t get it all spun today, but I should make a dent in it. I’ll will post pictures tomorrow.